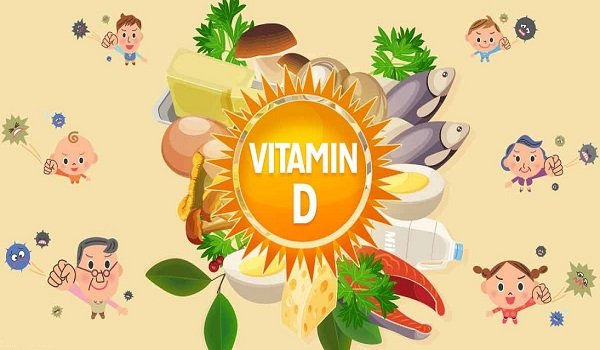 Known as the sunshine vitamin, vitamin D is produced by the body in response to skin being exposed to sunlight. It also occurs naturally in few foods including some fish, fish liver oils, and egg yolks and in fortified dairy and grain products.

Vitamin D is essential for strong bones, because it helps the body use calcium from the diet. Calcium, which is the base material for all the bones, keeps them strong and healthy and participates in many cellular mechanisms. Traditionally, vitamin D deficiency has been associated with rickets, a disease in which the bone tissue doesn’t properly mineralize, leading to soft bones and skeletal deformities. But new researches show that most of the Indians suffer from vitamin D- deficiency even after INDIA being a tropical country which receives sunlight throughout the year. Deficiency of vitamin D can lead to serious diseases and should be checked

Pain in bones and muscle weakness can mean you have a vitamin D deficiency. However, for many people, the symptoms are subtle. Yet, even without symptoms, too little vitamin D can pose health risks. Low levels of vitamin-D have been associated with the following:

Vitamin D deficiency can occur for a number of reasons:

This is likely if you follow a strict vegan diet, because most of the natural sources are animal-based, including fish and fish oils, egg yolks, fortified milk, and beef liver.

Because the body makes vitamin D when your skin is exposed to sunlight, you may be at risk of deficiency if you are homebound, live in northern latitudes, wear long robes or head coverings for religious reasons, or have an occupation that prevents sun exposure.

As people age, their kidneys are less able to convert vitamin D to its active form, thus increasing their risk of vitamin D deficiency.

Certain medical problems, including Crohn’s disease, cystic fibrosis, and celiac disease, can affect your intestine’s ability to absorb vitamin D from the food you eat.

Vitamin D is extracted from the blood by fat cells, altering its release into the circulation. People with a body mass index of 30 or greater often have low blood levels of vitamin D.

The most accurate way to measure how much vitamin D is in your body is the vitamin D blood test. A level of 20 nanograms/milliliter to 50 ng/mL is considered adequate for healthy people. A level less than 12 ng/mL indicates its deficiency.

Treatment for vitamin D deficiency involves getting more vitamin D through diet and supplements. Although there is no consensus on vitamin D levels required for optimal health and it likely differs depending on age and health conditions.

Deficiency of vitamin D can lead to serious diseases and can take us to our past where its deficiency was an epidemic disease and thousands of lives were lost due to it. It is very common deficiency and can be easily overcomed by maintaining and following some simple things as we have got its resources in abundance.